My name is Mary Sullivan and I am a web designer by day and an artist by night.  If you would like to contact me, please fill in the form below.

Made you Look, didn’t I? 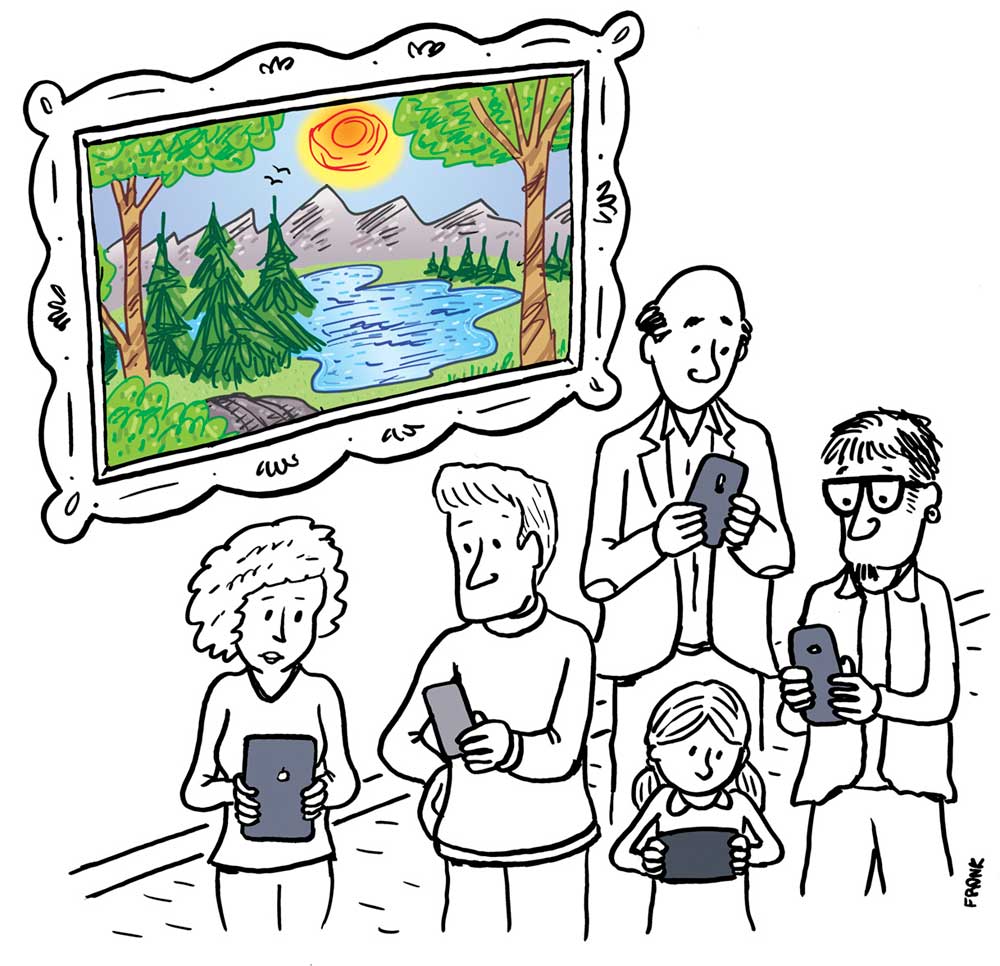 This site was created because of a piece of art I made.  I created a tile (or rather two) of the QR code for this site.  The general idea was that people are so fixated on their devices that even at an art show they would be driven to scan a QR code to see what was behind it.

So the irony would be that they would be at an art show, looking at a picture about people looking at their phones while in a gallery, while they were doing the exact same thing.  Sort of fell flat though, as no one scanned the QR code.  It would also be a continuing piece of art while I updated this site just for them.

However, I liked the name of the domain and decided to use it for my own art.  That way I’m not stuck with a name with pottery in the title and can do whatever kind of art I like!

The illustration (right) was done by my clever illustrator friend, Kevin Frank.  I asked him for a drawing about this subject and he came up with a dozen ideas.  This one was exactly what I was striving for.